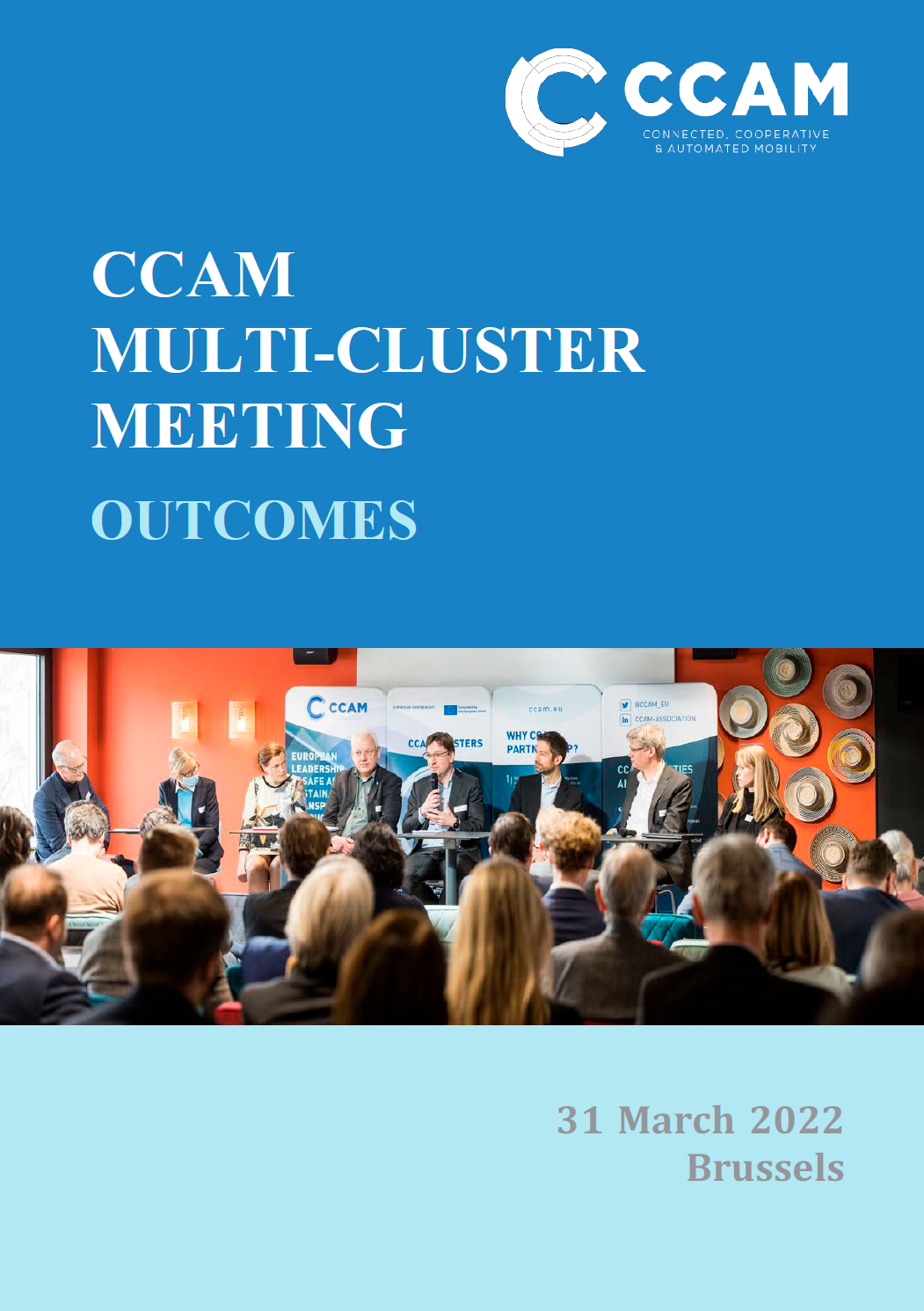 We are pleased to share with you the report of the first CCAM Multi-Clusters Meeting, which took place on 31 March 2022 in Brussels.

This meeting was an important opportunity for members to actively engage in the 7 CCAM Clusters’ work and reflections. The Clusters’ contributions to Horizon Europe work programme 2023-24 were further discussed, as well as future activities and developments in CCAM, at both operational and strategic levels. EFA took an active part in Cluster 6 “Societal aspects and user needs” highlighting the current gaps in drivers training and also asking open questions on the design of the next drivers training curricula.

EFA and ETSC on DLD

At the meeting of ETSC members on “blended learning” in the revision of the driving licence directive on April 1, 2022, EFA President Enrique Lorca called for the inclusion of the mandatory and face-to-face awareness modules for licence applicants in the driving licence directive currently under review. Mr. Lorca said: “Drivers know the rules, but many don’t follow them. The problem is not ignorance, but a lack of awareness about: the tragic consequences of being distracted, not wearing a seat belt, not wearing a helmet, not respecting speed limits or drinking alcohol while driving. The time has come to certify this quality training in the compulsory courses to be followed in driving schools. Today, technology allows us to eliminate fraud and guarantee high-level training, adequate to the continuous and rapid changes imposed by technology, i.e. the removal of code 78 from the driving license”.

The DLD Workshop # 2 – “Issuance and mutual recognition of driving licences” was held in Brussels on 21 April.

During the meeting, the Commission wanted to listen the best practices of the various stakeholders on potentially modifiable issues. It is plausible that the Directive concerning the new measures will be published between 2024 and 2025.

Detailed information on presentations made during the meeting is available to EFA members.

Exclusive to EFA, Smartphone ID presents its latest report on digital driving licences in the world. CEO Emile Menetrey anticipates the aim of the report: Digital (Mobile) Driving Licence (DDL) is a highly secured version of one’s driver’s licence or ID card on a smartphone. After years of tests in some of the countries of the world, Digital Driving Licence gained in popularity mostly in the past couple of years where more and more governments made it possible to implement DDL solution for their citizens.

Many countries already offer an eID solution for fast, secure and efficient public services online, therefore DDL implementation is a common next step, moreover, with satisfactory response rate from people who are keen to use this new solution. European Digital Driving Licence solution is needed today to set up a conform single format of a licence and possibly one common platform to ensure a quicker and easier implementation for each EU member countries”.

Attached is an overview of the report, to receive a complete study from Smartpone iD send a request to welcome@smartphone-id.com.

European Commission and IEA call for lower speeds on highways

The International Energy Agency and the European Commission have outlined a range of simple steps that people can take to reduce their energy use and save money, and that would save enough oil to fill 120 super tankers and enough natural gas to heat almost 20 million homes if adopted by all EU citizens.  The measures include the suggestion to reduce highway speeds, and to walk and cycle or take public transport in urban areas.

Europe’s auto makers are strongly committed to the de-fossilisation of road transport in support of the EU goal to reach climate neutrality by 2050 and also to attain the objectives of the Green Deal. Hertz and Polestar, Sweden’s premium electric performance car manufacturer, announced a new global partnership today that includes the purchase of up to 65,000 electric vehicles (EVs) over the next five years. Availability in Europe is expected to begin in Spring 2022, followed by North America and Australia in late 2022. Will drivers be prepared to drive these vehicles? This could be a good opportunity for driving instructors to prepare drivers to drive electric vehicles.

The UK CAV Infrastructure Symposium will take place in the heart of London at London’s County Hall from 5-6 September 2022.

Not only will the summit provide you with the opportunity to listen to, debate, discuss and explore solutions to preparing the UK for the introduction of ever more intelligent vehicles, your delegate pass also provides access to the co-located event: The UK Electric & Hybrid Vehicle Charging Infrastructure Symposium.

EFA EU october newsletter 2021
October 28, 2021
Recent Articles
Search
Go to Top
We use cookies on our website to give you the most relevant experience by remembering your preferences and repeat visits. By clicking “Accept All”, you consent to the use of ALL the cookies. However, you may visit "Cookie Settings" to provide a controlled consent.
Cookie SettingsAccept All
Manage consent