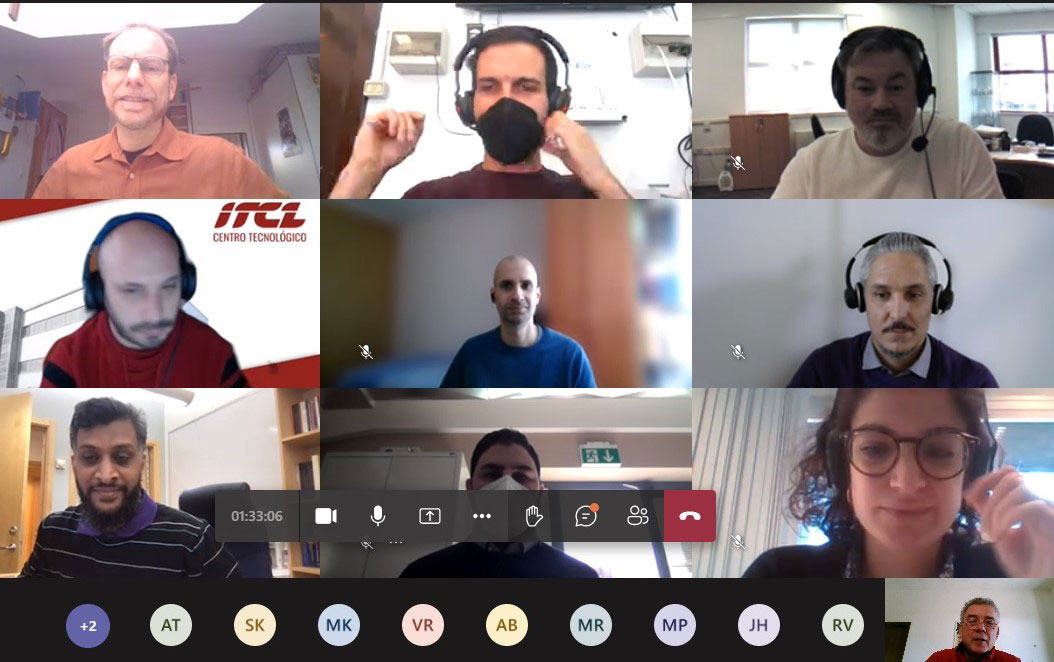 EFA met with DG Move experts in the first meeting to discuss changes to the driving licence directive. EFA officially presented its latest publications to DG Move in collaboration with the University of Valencia on the different training systems in Europe and on the new training models that want to create a smarter way to get a driving licence, both in terms of costs and safety and flexibility (adaptation to technology), in compliance with the green deal. EFA has been invited to participate in the European Commission’s expert workshops on changes to the Directive 2006/126 EC, which will take place in spring 2022.

The first online meeting of the FITDRIVE project was held on 23 and 24 February.

FitDrive will create a “personalized” driving profile of the driver considering physiological parameters, vehicular parameters and other contextual/lifestyle/job related information.

The system wants to provide a suite of interventions to combat the onset of fatigue and to identify those who are fatigued. At the same time information for the creation of Fatigue management plans in the company will be studied.

The EU’s roads are among the safest in the world and have generally become safer over time (fell by 32% between 2009 and 2019). That said, road safety remains a major societal issue: in 2019, there were, on average, 52 road fatalities per million inhabitants across the EU.

The most rapid declines were recorded in Ciudad de Melilla in Spain (-100%), while two regions in Greece (Sterea Ellada and Anatoliki Makedonia-Thraki), Wien in Austria, Västsverige in Sweden, and Luxembourg also recorded falls of more than 60%. For 2019, the highest incidence rates were recorded in Prov. Luxembourg in Belgium (171 road fatalities per million inhabitants), Região Autónoma da Madeira (165) and Alentejo (156) in Portugal. On the other hand, the lowest incidence rates were recorded in Wien in Austria (6), Stockholm in Sweden (9) and Berlin in Germany (11).

more info at the map

The EU’s roads are among the safest in the world and have generally become safer over time (fell by 32% between 2009 and 2019). That said, road safety remains a major societal issue: in 2019, there were, on average, 52 road fatalities per million inhabitants across the EU.

Join ETSC and ROADPOL on 16 March for two online events on enforcement.

ETSC is teaming up with ROADPOL, the European roads policing network to organise two complementary online events on the topic of enforcement.

Both events will be in English, and on the Zoom platform, using the same link.

ITS Congress in Toulouse

Registrations for the 14th ITS European Congress in Toulouse from 30 May to 1 June are now open. Book now to benefit from the Early Bird rate.

It is a unique opportunity for the European ITS Community to come together, discuss and network to push forward innovation and deliver ‘Smart and Sustainable Mobility for all’ with presentations, demonstrations and a state-of-the-art exhibition all under one roof!

In 2021, more than 7,500 professionals participated in a virtual or in-person activity highlighted by the 18th IRF World Meeting & Exhibition. IRF’s major accomplishments also include the organization of several thematic and regional events, the introduction of new training courses and the successful launch of taskforces designed to drive IRF’s advocacy agenda in the years to come.

EFA EU May 2022 Newsletter
May 31, 2022
Recent Articles
Search
Go to Top
We use cookies on our website to give you the most relevant experience by remembering your preferences and repeat visits. By clicking “Accept All”, you consent to the use of ALL the cookies. However, you may visit "Cookie Settings" to provide a controlled consent.
Cookie SettingsAccept All
Manage consent