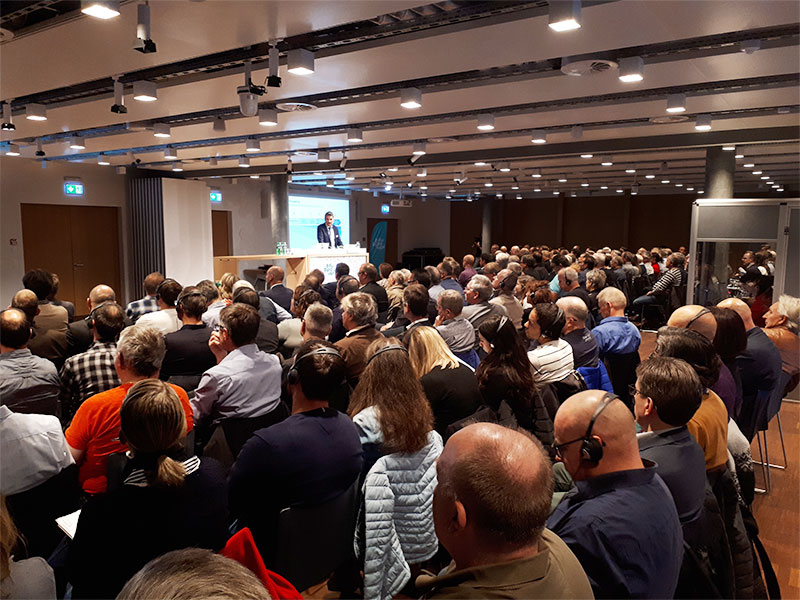 Even in Switzerland, road safety experts agree that the safety benefits will increase significantly when the percentage of automatic vehicles in circulation will be higher. Until then there will be a transition phase characterized by a complex coexistence between vehicles with different levels of automation: conventional vehicles and other categories of road users. This coexistence will put training in the face of very tough challenges. The questions that even the Swiss colleagues ask themselves are very similar to those that the EFA members recently placed in Turin during our international workshop: “Training and Technology: a threat or an opportunity”. So the organizers are asking “with the progress of technology, the educational principles and curricula are still relevant or do they need a substantial adjustment?” “The figure of the driving instructor is destined to disappear in front of the growing automation or it will simply turn into that of the mobility consultant? “” Will the future of driving school be limited to watching videos provided by car manufacturers for various models or will the training need to be expanded and include refresher courses at regular intervals? “

It is clear that no one has been able to provide concrete answers. But the perceived impression is the same as in Turin: if we look around us it is really unlikely that in societies, as we know them, we can imagine such radical upheavals as those envisaged by important marketing operations of car manufacturers. Among the most interesting interventions, surely stands out that of an airplane pilot who reports the aeronautical experience, where the use of autonomous vehicles has been a reality for some time. “First of all we need to distinguish between mass and individual transport, that is to say which needs to be understood in which situations, because we are talking about really different realities. We have the infrastructure, but we are talking about a completely different traffic mode than the road one ”.

Many participants at the event demonstrated the closeness to the association and the commitment in the cause of raising awareness about road safety. One of the elements that has emerged is the need to lower the speed limits in residential areas. There are still too many fatal or permanent injuries associated with high speed. Among the contributions offered by the participants present are those of Luciana Iorio for UNECE, Antonio Avenoso for ETSC and other leaders of the major international NGOs engaged in road safety. The video messages of the EU Commissioner Violeta Bulc and the Special Envoy on road safety from the Secretary General of the United Nations , Jean Tods, were also highly appreciated.

With the occasion it has been also presented the monument that the city of Brussels dedicates to the road accident victims. The Belgian sculptor John Van Oers has been commissioned to prepare the work for next spring.

The President of FEVR, Jeannot Mersch, commented as follows: “In all the countries we have monuments for the fallen of the wars, but we do not have a monument that remembers the people who died in a car accident, when we know that we have about the same number of victims of a medium-sized conflict per year. We thank the city of Brussels and all our supporters for giving us this opportunity, also to leave a trace that remains over time, not only for the families of the victims”.

Manuel Picardi, Secretary General of EFA, comments: “It is very important to be here today. I am involved both on a personal level and on behalf of the European Driving Schools Federation Board. On a personal level I believe that everyone has lost at least a loved one in a car accident, as friend as relative. It is a duty to pay tribute so that this sacrifice was not in vain. As a representative of the EFA Board, it is an opportunity to embrace our new friends at FEVR. In fact, EFA and FEVR have decided to continue a collaboration to make all road users aware of road safety. European driving schools are a privileged channel to get in touch with young people, but not only, on the risks associated with driving and how to commit to being able to reduce them. The first step in the collaboration is at signing, which will take place through a Memorandum of Understanding ”.

November 19th . EFA meets MEPs Antonio Rinaldi and Mara Bizzotto (in the picture) to organise next event in Brussels at the end of January 2020.

The scenario of current training in driving schools was presented to the MEPs. The threat of training platforms that are replacing driving schools is a real problem. The problem started from France, but then also arrived in Spain. The French report on road safety was presented and the need to intervene as soon as possible to save thousands of small European companies was highlighted.

The lack of full standardisation of vehicle controls and the driver interface with driver assistance systems means there is often a ‘human factors’ deficit in which drivers are forced to use systems they do not necessarily fully understand, according to a new report for PACTS, ETSC’s UK founder member.

The onset of more vehicle automation may make this worse and urgent action to stop this from happening is needed, according to the authors, Shaun Helman of TRL and Professor Oliver Carsten of the University of Leeds.

The report also points out that car user manuals are making the problem worse, with long-winded explanations of a multitude of circumstances when a system may be activated when not needed, or may not activate when it is needed.

These issues may present serious safety risks when more advanced automated systems come on the market that require handover of full vehicle control from the automated system to the driver i.e. Level 3 automation. Download the report “What does my car do?” HERE

7th International Conference “Mobility Challenges in Transport and Public Safety”. The conference is organized by the College of Applied Technical Sciences “Tempulli” in collaboration with the Faculty of Public Safety, Kosovo Academy of Public Safety, and is supported by the Albanian Safety Academy, Institute for Road Safety and Transport Research and Kosovo Motorization Association AMRKS.

This conference has a scientific character and aims to create a new platform for eliciting issues related to public safety, traffic, transport, road safety, logistics, mobility, environment and alternative energy.

In Annex I to Directive 2006/126/EC of the European Parliament and of the Council of 20 December 2006 on driving licences, ‘codes 100’ are defined as national codes valid only for driving in the territory of the Member State which issued the licence. This can lead to situations, in places such as the Belgium-Luxembourg border region, in which a driver with a Luxembourgish category B 100 driving licence, for instance, is not permitted to drive his vehicle in Belgium.

Lisbon 18-20 May: Call for Contributions

The Congress host city of Lisbon has been chosen as European Green Capital for 2020. To contribute to this initiative and to reflect the overall Congress theme “ITS: The Game Changer” authors of Papers and organisers of Proposed Sessions will be asked during the on-line submission process to explain how their paper or session contributes to these two goals.

The Roads & Traffic Expo North Africa Egypt conference is made up for six theatres bursting with the most innovative, forward-thinking and groundbreaking content. Transportation in the digital age is based on a series of key pillars: connected and intelligent systems, automated and safe processes, IoT and data analysis as well as prioritised clean and sustainable operations.

EFA EU August 2022 Newsletter
September 5, 2022
Recent Articles
Search
Go to Top
We use cookies on our website to give you the most relevant experience by remembering your preferences and repeat visits. By clicking “Accept All”, you consent to the use of ALL the cookies. However, you may visit "Cookie Settings" to provide a controlled consent.
Cookie SettingsAccept All
Manage consent